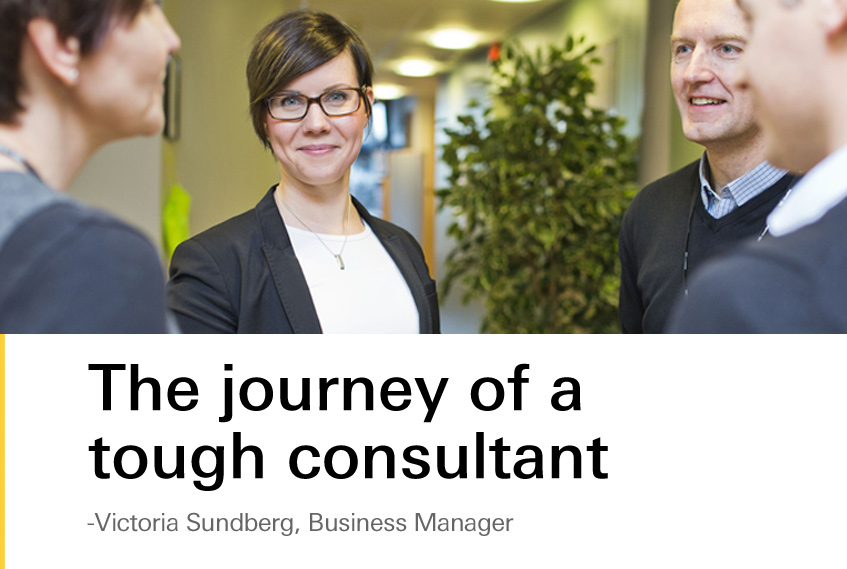 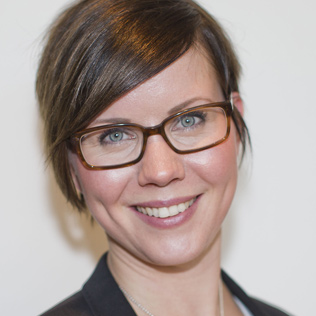 Facts “ Despite the initial problems, the project that Victoria guided to completion is regarded as one of Crosskey's most successful.”

How do you become a seasoned project manager in a record time? Business Manager Victoria Sundberg has the answer. Start with an enormous project with an impossible deadline and then work for a global IT consulting firm in which you are expected to work hard around the clock.

When Victoria Sundberg came to Crosskey in 2009, she had worked as a project manager in some smaller IT companies in Mariehamn. Now she became a sub-project manager for Crosskey's new card system.

Halfway through the project, the main project manager was transferred to another project. This meant that now Victoria had to shoulder the entire responsibility. Not only was the project complex, it also involved collaborating with an IT company in India.

- Sometimes it went really badly. But we achieved our goal. Even if, towards the end of the project, we sat at the client premises and corrected card invoices manually in Excel.

Despite the initial problems, the project that Victoria guided to completion is regarded as one of Crosskey's most successful. We managed to both solve all the problems and deliver to the customer. A marketable product was produced in an extremely short period of time. But Victoria paid a high price. She was exhausted.

- It was a tough ordeal. I was extremely tired and I realized that I needed some fresh air.

Today, with a longer perspective, Victoria can clearly see how the project should have been managed.

- Several of the Indian consultants should have been brought to Åland. They were skilled developers, but there were huge gaps in our communications with them, because we were unable to sit down and have discussions together. Having the team close to you is absolutely priceless and if you are working with a team of consultants, and one member of the team has to be responsible for the delivery.

When the going gets tough, the tough get going

Victoria began her career as a consultant in Stockholm in January 2012. She had been recruited as a project manager for a global IT consultancy firm. 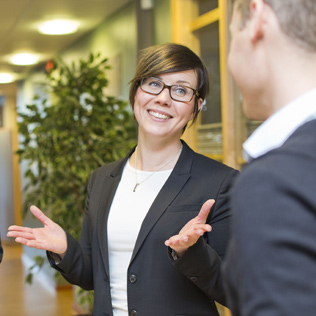 - It was a gigantic company and an awesome place just to get into. Even their induction process was impressive, with two days of training just to learn the company's culture and values. Their strategy to get the staff to grow was incredibly well thought out. The strategy didn't work in practice though, but it looked great.

With her experience of banking and card systems, Victoria would be working with clients in the financial industry. Together with a senior consultant, Victoria ended up at an interview with a bank customer who wanted to staff a project office.

- The interview was bizarre. There were a lot of people there from the bank posing difficult questions. They totally overrun the senior consultant.

After destroying the senior consultant, it was Victoria's turn.

- I only had time to think Just make the best of this here. So I stood up and talked about Åland, about what it is like to be half Swedish and half Finnish and what it means in practice.

Her strategy was successful. She got the stiff men in blue suits to laugh.

“- The Crosskey I returned to was actually quite different. Tremendous progress had been made in a short time."

After a few days, Victoria's boss received a message from the bank customer: You can forget about the assignment. But Victoria was a nice girl! When can she come for an interview?

An instructive and busy year

Victoria became one of the project managers for the bank's enormous data warehouse project.

- They had engaged about 100 of the world's foremost specialists and it was incredibly enjoyable to work with them. But we worked all the time. We built up the system during the week and at weekends we would run all the data. When something broke, decisions had to be taken immediately. 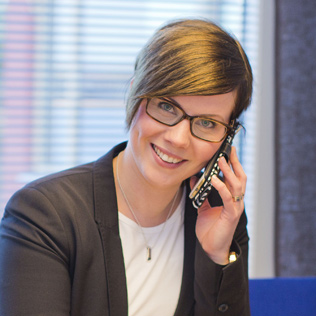 Victoria saw the downside of a consultant's life, e.g. people who worked for 48 hours in a row and departmental meetings which, without exception, are held in the evenings.

- I worked with a slave driver. I never would have thought that slavery existed in modern times, but I have seen it with my own eyes. Life as a mother was no picnic. It is an incredible stress factor to not be able to finish everything.

During the year, Victoria stayed in touch with her ex-colleagues at Crosskey. Their message was clear: Come back. There are interesting things happening here and there's plenty to do.

That's exactly what she did and in 2013 she put on a Crosskey's ID badge again.

- What I had heard from my colleagues was completely true. The Crosskey I returned to was actually quite different. Tremendous progress had been made in a short time. The working atmosphere had become much more confident, communication had become clearer and transparent structures with objectives and priorities that influence everything we do.

- I'm a lot tougher today, but I am also more humble. Is that a paradox? Perhaps. But after working in extreme conditions, I know the consequences and differences between a short-term and long-term approach to work.